In 2022, we have been witnessing an unprecedented rise in global house prices. An ongoing shortage of land, labor and building materials is leading to a massive rise in the cost of building new houses, squeezing home builders profit margins and forcing them to reduce property construction volumes. The crux of this concern is that demand for affordable housing outstrips supply in major economies like the United States and Canada.
But the ongoing economic turmoil can lead to the correction of the housing sector globally.

As global stock markets turn bearish and the risk of a global recession looms large, housing affordability is declining as homebuyers’ disposable incomes can’t keep up with increasing costs. Consequently, a correction in the housing sector cannot be considered a distant concern.

A recent report from National Association of Realtors published on June 21 highlights that:

What caused the recent Housing inflation?

The pandemic was hailed as the perfect storm for the home buyers across the United States of America as record low mortgage rates were introduced to tackle the Covid-19 recession - helping the housing sector gain spectacular momentum. Excess demand for houses suddenly overwhelmed both builders and an already struggling supply, causing a major rise in the prices of homes.

The stark difference between the housing prices from 2020 and 2022 can be seen through the image below.

Furthermore, the United States also witnessed the worst spike in homelessness across the nation with people in major cities like Sacramento and Los Angeles forced to live on the streets or in mobile homes.

Canada's housing market hasn’t been immune to rising prices during the pandemic but a unique feature made the price rise steeper than the US.

Huge population increases and immigrant friendly policies have led to a dire situation over the last two decades where people cannot keep up with prices. Canadian housing demand has outstripped US housing demand in recent years and thus Canada has a lower housing affordability metric in comparison to the rest of the world. Another consequence of the recent market surge is the increase in household mortgage debt. As we enter a global recession, the risk of default on mortgage payments will increase. Canada has one of the highest leverages in the real estate market across the globe which may turn against the market participants in the coming months.

On the other end of the spectrum, China's housing market faces a slump... the sluggish growth of China’s housing sector has also been magnified by the recent Covid resurgence and supply chain woes. 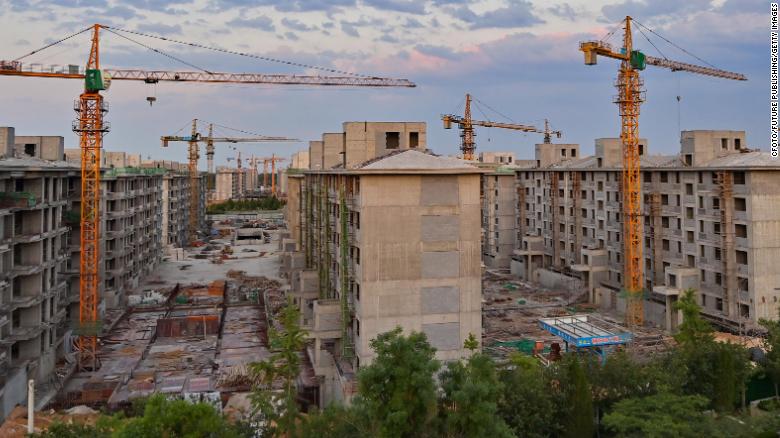 Since last year, we’ve witnessed China’s housing slowdown as major developer Evergrande defaulted on its debt, a major concern among Chinese developers with many industry giants also at risk of defaulting on their debt payments.

With the recent excess housing demand/supply imbalance in the country, major Chinese developers have tried to secure funds through various instruments including a heavy use of debt. Proceeds towards developing properties in major cities at an increased pace to match the demand for houses. Eventually, the developers began to expand their operations into tier 2 and 3 cities with major projects taking shape.

Subsequently, the crackdown on borrowing triggered a chain reaction in China which worsened the housing crisis of the nation. Last year, the Chinese government tried to reduce the debt financing which in turn limited funds available to home buyers and investors for purchasing properties. Ultimately, excess demand for properties turned into a glut across the nation, funneling down the attractiveness of the once hot market. These financial policies were magnified by the recent Covid outbreak which led to the steep downfall of the housing market that accounts for around 30% of China’s GDP. Major developers are on their knees due to the excess debts on their balance sheets.

As global economies prepare to tackle the risks of a looming recession, unprecedented events across sectors can be anticipated.

With a looming risk of recession already shrinking the household incomes, a housing crash in major economies like United States and China can worsen the growth outlook. China, whose real estate sector is a major contributor to the country's GDP might take its toll on steel and other metal trade as well.
If the scenario worsens in the coming months, we can witness a full blown real estate crisis for even more countries and their economies.